‘…the Sun leapt up into the brazen firmament to bring light to the immortals and to mortal men on the fruitful earth. The travellers now came to Pylos, the stately citadel of Neleos….’
Homer The Odyssey, Book 2, 1-4

To continue with the journey… 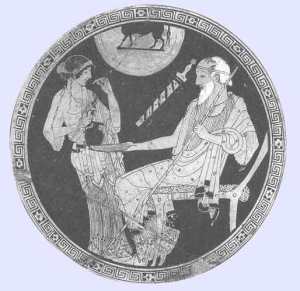 My characters sail to mainland Greece and land on the shores of Pylos. They had no intention of going there but the gods intervened and as aways had their way. It is located in the Southwest of the Peloponnese and settled circa 3300 BC by Messenians, who later became subjugated by Sparta, but that is a story for another time. There is a natural bay protected by the island Sfaktiria or ‘Sphacteria’ as it was known in the ancient period.

Since settlement and during the Bronze Age Mycenaean (3000 – 1080 BC also called the Helladic Age), Pylos thrived and became one of the most influential cities of its time along with Mykenae, Tiryns and Argos, as well as smaller sites including Epidauros. The city rose to fame largely due to Homer, who tells us about Nestor, elderly statesman and charioteer:

‘… eloquent Nestor, the clear-voiced orator from Pylos whose speech flowed sweeter than honey off his tongue. He had already seen two generations of men born, grow up and die in sacred Pylos, and now he ruled the third.’
Homer The Iliad, Book 1, 248-251

The location of Nestor’s ancient palace has been found and dates back to the period of the Trojan War. Tablets were recovered at the site and contained information that related to taxation, conscription, human and animal stats. To this date there is no evidence Nestor existed however, there is enough substantiation to draw parallels.

Whether you believe the Trojan War happened or not, the fact remains the places mentioned in Homer’s story did exist. I have been to Mycenae and Ilium/Troy, both magical places and, even if the main players in the legend may be fiction, something did happen. Otherwise how do these epics stand the test of time?

For those who are interested the Helladic Age is categorised into three main eras:

The Late Helladic is regarded as the Mycenaean period.