Something happened at work today that got me thinking about the way people communicate with each other. I’m in this position for a short time so it doesn’t really affect me one way or the other because I get to leave, but a colleague got reamed over a mistake. On one hand I could understand why the boss was angry but what I don’t get is the manner in which it was handled. The person was so upset that it took them the rest of the day to be consoled and still they left work feeling quite distraught. 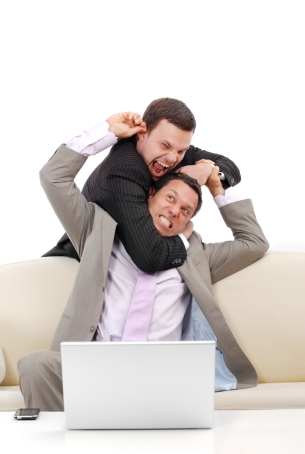 I have been in a few work place situations where the environment was unpleasant. It got to the point where I had to leave despite trying to work things out. It didn’t matter the person who created the situation [not me by the way] could not see what they were doing or what they had done. They couldn’t or rather wouldn’t acknowledge the problem they caused. It is not very conducive to work in and the stress one is put under does take a toll mentally and physically.

What is it with people in authority –  be it from CEO to coordinator – who treat people with such disregard? I know it’s not everyone in these positions, but a large majority have issues. If we were to do a psychological profile on these individuals, what would we find? Does it go back to the ‘cave man’ psyche where domination was the only way to communicate and putting people down gives them some sort of feeling of gratification? I will never understand people like that.

I have to admit it does make me angry. What right does these individuals have to treat others with disrespect? People makes mistakes. Move on. Get over it. To err is human. I think they have forgotten that saying. If more people treated each other with respect, can you imagine what kind of world we would be living in? It would be nice, but let’s face it, the human psyche does not work that way. And like I mentioned earlier, this psychological attribute has been around for thousands of years.

Having a position of authority does not give one the right to treat people badly.