The first coins minted were on an island in Greece–Aegina–in the 6th Century BCE. The island is south of Athens in the Saronic Gulf, and was one of ancient Greece’s earliest maritime powers. The transition from weights and measures as a standard exchange for goods across Greece saw the development of coins. How or why and who was the driving force behind the creation of the coin is still yet to be discovered, though ancient Greece and Aegina are considered the front runners in minting coins.

Long before coins became a commodity and determining value for an item, people traded goods. This system allowed early and savvy civilisations to interact with new cultures, exchange foreign and exotic goods as well as get rich. Places such as Egypt and Mesopotamia grew wealthy from trading goods. A pottery maker and seller may need milk for his family trade one of his pots to a goat farmer in exchange for milk. The issue with this approach was bartering for an item that was of greater value for a lesser object, especially if the latter trader was slick in their sales pitch. The Mesopotamian’s and Egyptians developed a system to counter this issue and introduced silver rings, but this too, wasn’t fail safe.

My novella series is different to the trilogy I’ve written, except for one little similarity: ancient Greek history. I couldn’t help myself, I had to add some ancient history to my story, after all, that is what I love to write about. Book 1 of The Coin of Time Series is The Guardian’s Legacy, though I am open to suggestions. It is a contemporary thriller/fantasy story. That’s the best description I have at the moment. To give some context, I had written a short story for Australian children’s author, Sally Odgers, which was later published along with other authors’ short stories. The story was titled Herodotos’ Coin. I enjoyed writing the story and knew the narrative could be further explored; and that’s how the novella series was born.

I thought it was time to try something a little different and ask for beta readers for my novella series. I had a dear writer friend read it for me years ago and I put it aside to focus on my Servant of the Gods series. I’ve since finished the draft for the third book in the series and decided to review the novella. Suffice to say, my writing style has changed over the last number of years and I’ve rewritten scenes.

A month ago, I posted a survey as I wanted to gauge reader interests and buying preferences platforms. I like to run a survey every few years just to learn whether trends in the book publishing market affect the way readers purchase books and what they like to read. Here are the results, some of which are not surprising, and others have got the ‘ole grey matter’ working.

Venus & Aphrodite: history of a goddess by Bettany Hughes

Through ancient art, evocative myth, exciting archaeological revelations and philosophical explorations Bettany Hughes shows why this immortal goddess endures through to the twenty-first century, and what her journey through time reveals about what matters to us as humans.

Charting Venus’s origins in powerful ancient deities, Bettany demonstrates that Venus is far more complex than first meets the eye. Beginning in Cyprus, the goddess’s mythical birthplace, Bettany decodes Venus’s relationship to the Greek goddess Aphrodite, and, in turn, Aphrodite’s mixed-up origins both as a Cypriot spirit of fertility and procreation – but also, as a descendant of the prehistoric war goddesses of the Near and Middle East, Ishtar, Inanna and Astarte. On a voyage of discovery to reveal the truth behind Venus, Hughes reveals how this mythological figure is so much more than nudity, romance and sex. It is the both the remarkable story of one of antiquity’s most potent forces, and the story of human desire – how it transforms who we are and how we behave.

Do you have a scatter-gun approach to selecting books to read or do you have a monogamous relationship?

This survey is to learn about readers preferences, platforms and purchasing habits. I’d really appreciate 5 minutes of your time to fill it in.

All formal dogmatic religions are fallacious and must never be accepted by self-respecting persons as final. Hypatia

Religious doctrine and practitioners with good intentions, have had their words distorted, manipulated and reinvented to suit the goals of and the ‘end-game’ of people who believe their own teachings or interpretation of ‘god’s word’ is the absolute truth. Violence and fear-mongering was a strategy applied to enforce their beliefs onto others, use of propaganda to create scapegoats, and targeted individuals who refused to bow down to these power-hungry leaders who hid behind religion and declared their abhorrence. All these elements led to Hypatia’s eventual downfall and demise.

‘The more things change, the more they are the same.’ Alphonse Karr [https://www.brainyquote.com/quotes/alphonse_karr_125474]

The quote above is apt, even now with the impact of COVID-19 around the world. Change is inevitable, yet in spite of technical advances, progress in medicine, education, engineering etc, one cannot change how people behave or interact with others. The most significant cultural factor is religion, and that of politics, two topics that arouses heated discussions no matter where you live. It is the former that led to Hypatia’s unfortunate demise. 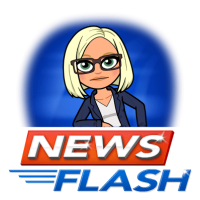